Most of my life has involved nature as my adventure. I ask myself why. My connection with non-human lives has been a constant ember within me, aside only during a period of traumatic bereavement, another story. I acknowledge this bond was securely founded in early childhood.

I think it came in two main parts.

Firstly, I was fortunate to live, play and imagine among nature with effortless ease, growing up in a particularly biodiverse corner of North Herefordshire. It was a hamlet of a few houses dotted around a hill, but mostly of woods, streams, tracks and open common land. My wellington boots seemed almost a permanent feature of school holidays, pulling them on for ‘epic’ expeditions to find the source of local streams, kicking them off on the doorstep when I finally remembered to return home for tea. Orchards tempted me with blossom and bullfinch. Medieval quarries in the woods, reclaimed by secondary succession, intrigued me with orchids and scarlet elf cups alongside the smooth tracks and setts of badgers. I’d swing on old man’s beard vines, as thick as an arm, that had wound up old cherries and oaks.

Our house itself was an old, drafty place, full of cracks and crevices for wildlife to co-exist alongside us. Sometimes spooky at night, but always fascinating, its imperfections were exciting. A strong curiosity drove me to discover where the bats roosted, birds nested and wood mice hid. I knew the particular warped windows where the ladybirds would come in from first Autumnal frost and the stable ceilings where the herald moths fell into dusty slumber for Winter. Jackdaws loved nesting in our infrequently used chimneys, and every year we’d have a few adults, though mostly juveniles, flutter and caw their way down to our living space for us to catch and release. I’m still mesmerised by their blue eyes.

It was the type of house where there was always something going on. People, pets, livestock, wildlife, often with problems to solve like where to release the hedgehog rescued from the cattlegrid up the road or how to stop foxy from killing the hens without harming him too.

Nature, I was shown, is like a great story to discover, perhaps never to know in full, and I was soon hooked.

My playgrounds were not man-made constructions with safety features and quarterly inspections. They were wilder places, where I clambered up trees, jumped down over rocks and observed non-human lives in communities, in some order, feeling myself to be a part. I also observed and cared for local farm animals, seeking to rescue any I could entangled in fences or snagged in brambly hedges. Numerous feral cats occupied the local barns as an Italian catholic neighbour fiercely objected to neutering them. At one point we had over thirty cats vying for food and warmth. It was out of control. My mother called the Cats Protection League, who helped to capture and rehome several. They also donated the services of a vet to neuter… the problem dissipated over time. I had names for every cat and knew each one by character and lineage. I observed their patterns, hostilities and loves. It was an education in itself.

Secondly, and I think most importantly when it comes to a life-long love of learning, I had good mentors. The great American naturalist and nature essayist John Burroughs once said, “Knowledge without love will not stick. But if love comes first, knowledge is sure to follow.” And my mentors offered me love with their time in abundance. Nature, I was shown, is like a great story to discover, perhaps never to know in full, and I was soon hooked.

My mother and father taught me much about welfare and kindness to non- human lives. This was always their priority in nature and with pets. But our neighbour was my chief influence as a nature mentor to me as a child. Her name was Betty Kent, a good friend to my mother, who’s own father, she’d proudly proclaim, was Edward Elgar’s personal physician. She had a beautiful, rambling garden dedicated to wildlife before I knew of any other, and she named her rather modern 1970s box-house “Honeysuckle Cottage” because one could barely see any brick for the native vine that smelled like a dream in full flower. She showed me all the common and rare species around the hamlet and beyond. In school holidays, she would take me on the train to go for walks in the Malverns and Long Mynd, where she’d introduce me to upland vascular botany such as heather and also bryophytes (mosses and liverworts). Bilberry picking was a joy and she’d even point out signs of secondary succession and the damage excessive grazing could do. I remember places where rare gem species might still be, just because of her observations passed on to me. She’d cycle everywhere and was also the first vegetarian I ever met, deciding on the diet after extensive breast cancer surgery. She taught me to scrump blackcurrants and other tasty morsels farmed around the valley. That was fun!

Aunty Betty also introduced me to amateur wildlife filmmakers who lived on top of the hill in a remote upside down house. Mr and Mrs Smith had travelled the world with a cine 8 camera. My mother agreed that they could show a series of films on a big white screen in our front room, and the residents of the hamlet were invited to attend. There’d always be refreshments ~ cups of tea, mostly. I’d sit cross-legged at the front half-nibbling on a welsh cake, gazing longingly at flickering movies of Antarctic ice or colourful explosions of bird flight somewhere deep in the Tropics.

Sometimes, say if I found an unusual species of moth, we’d trap it without causing harm and take it to the Smiths for “identification”. I’m sure Betty knew already what we had found, but she also understood just how much I loved to visit the Smiths’ wonderful home full of exotica. They had an extensive library and lots of artefacts from around the world which I, as a parochial child, found utterly mesmerising. These are good memories.

I was fortunate to have key people show me empathy towards non-human life, leading to compassion, leading in some form to altruistic action. This, of course, is a kind of love. Biophilia, the love of nature, is the most undervalued emotion, feared as subjective and unscientific, but also for the pain involved. For what we love, we might lose and that can hurt us. But I don’t think fear should govern here. Let love take hold, like the warmth of the sun, and melt some cold, stoney hearts. Children’s emotional bonding and affection for nature develop early, and only later can their developing logical and rational perspectives begin to comprehend saving it without being put off. It’s a delicate matter and another reason why we should be mindful of good mentors in their judgement of these things. Again, I see this process as an act of love.

The existence of mentoring may well be as old as life itself, whereby one experienced life form may guide a less experienced being to an establishment of values, individual purpose, to useful patterns, success and happiness. In written history, we can see the importance of mentoring in philosophy and art, as early thinkers took on mentoring roles with others, like prophets/disciples, teachers/pupils, masters/apprentices.

In the modern human world, more often than not, we see mentoring as an adult educational practice or a work-place phenomenon, but the importance and existence of mentors in nature-connection with children could easily be forgotten. I will, of course, never forget my childhood home. But I will also never forget Betty for the light she brought to me, and I’m grateful to be able to cherish her here in this blog. 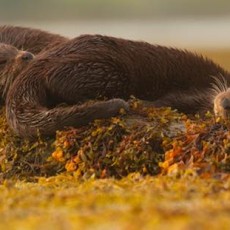 Connecting With Nature Through Places 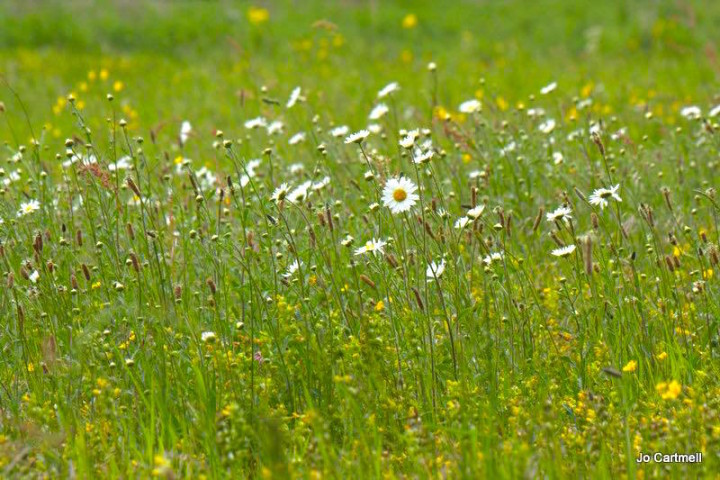 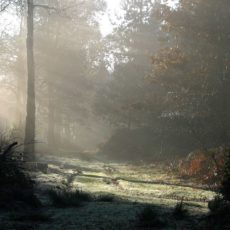 The Sixth Driver of the Sixth Extinction